TAIPEI, Taiwan, March 24, 2022 – Formosa Pharmaceuticals, Inc. (6838.TWO) announce the approval of a resolution by the boards of directors of both Formosa Pharmaceuticals and EirGenix, Inc. (6589.TT) for the co-development of anticancer ADC, TSY-0110 (EG12043).  This agreement strengthens the existing relationship between both companies and fortifies TSY-0110’s clinical development pathway and subsequent licensing prospects.

TSY-0110 is a biosimilar of the antibody-drug conjugate, Kadcyla®, which combines Herceptin® with the cytotoxic payload, mertansine, to achieve an enhanced antitumor effect with manageable safety profile.  Kadcyla®, developed by Roche Pharmaceuticals, was first approved by the US FDA in 2013 for the treatment of HER2-positive metastatic breast cancer (MBC) and later gained additional approval for early breast cancer (EBC) in 2019.  Kadcyla® is currently utilized as a single-agent 2nd-line treatment for breast cancer and is being tested in numerous clinical trials as a combination agent with other biologics and chemotherapeutics.  Kadcyla’s global sales from 2021 is approximately USD $2.1 billion and annual sales are expected to remain strong.

Per the terms of the agreement, Formosa Pharmaceuticals will receive upfront and milestone payments for a total of USD $30 million from EirGenix in exchange for profit-sharing rights to TSY-0110.  Additionally, EirGenix is named the exclusive supplier of its Herceptin® biosimilar (EG12014) as the key intermediate toward the manufacturing of TSY-0110.  EirGenix, who recently completed a USD $110 million cash capital increase and $175 million private placement, submitted Marketing Authorization (MAA) and Biologics Licensing (BLA) Applications to the EMA (EU) and FDA (US), respectively, for EG12014 with marketing partner, Sandoz AG, in December, 2021.

Formosa Pharmaceuticals’ chairman and founder, Dr. CY Cheng, said, “We are pleased to broaden our relationship with EirGenix for the development of HER2-related cancer therapies and leverage their proven clinical development expertise.  We look forward to sharing the commercial benefits.” 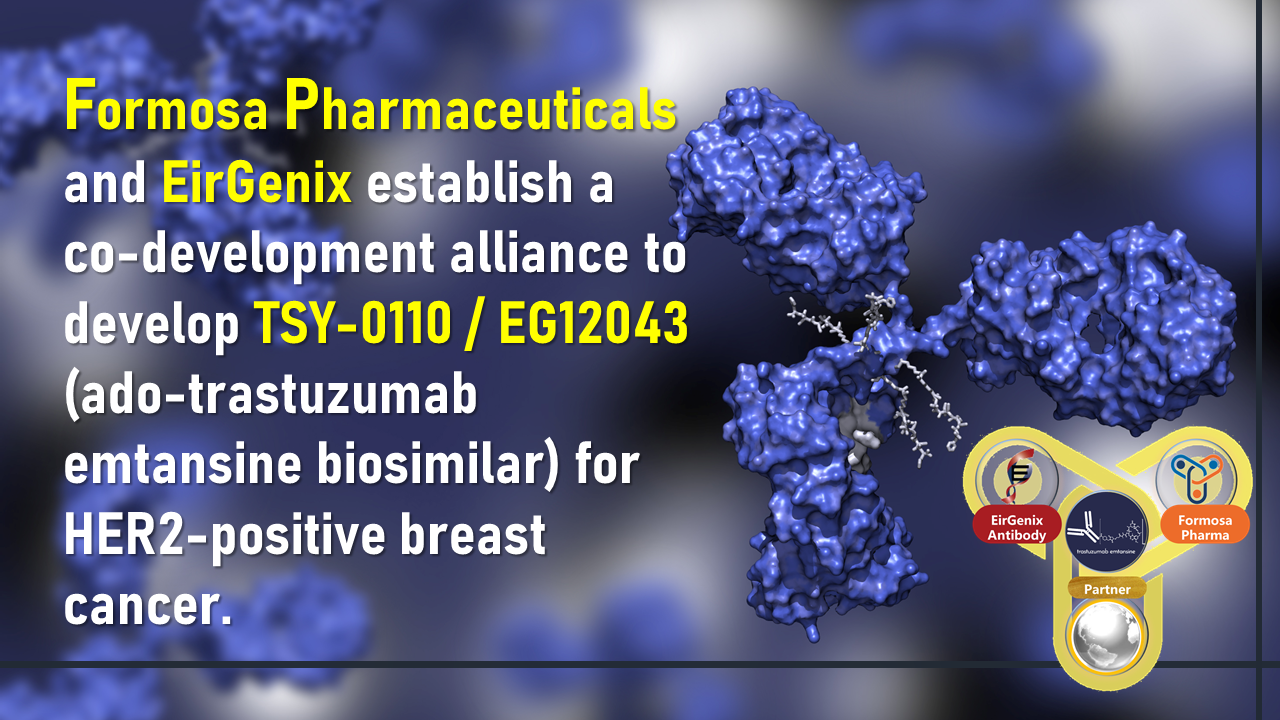